Imam at-Tahawi al-Hanafi said: “The Lawmaker ﷻ first forbade pictures entirely, even stripes on clothes, because people had only recently turned away from worshipping images, so that was prohibited across the board. When his prohibition of such images became solidly ingrained, he permitted striped clothes due to the necessity of using clothes, and he permitted whatever is practiced as a matter of trade, because the ignorant are safe from exalting such practice. As for what is not practiced as a matter of trade, it remained forbidden.”

The scholar of comparative fiqh (“jurisprudence”) `Abdur Rahman al-Jaziri wrote in his three-volume Fiqh `ala-l-Madhahib al-arba`a: “The prohibition of making pictures stems, in the eye of the Law, from the use of pictures towards the corruption of belief, as for example the use of statues for the worship of other than Allah… As for their utilization in the context of a sound matter, such as teaching and learning something, then pictures are permitted and there is no sin in them.”

Readers are invited to look up further discussions of the views of the Fours Schools in the aforementioned book. As for pictures that have no shadow, such as engravings on the wall or on metal; and pictures which are found on clothes and curtains and photographic prints [in books, calendars, passports, and nowadays videotapes for a didactic purpose etc.]: these are all permitted (fa hadhihi kulluha ja’izah). 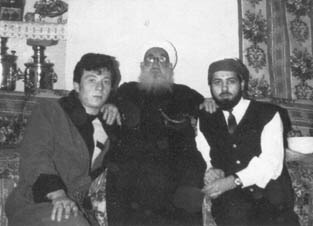 Muslim relates on the authority of `A’isha ر: ‘We had a curtain on which was the picture of a bird, and which every person would face upon coming in. The Prophet ﷺ said one day, ‘Put this somewhere else, for every time I come in I remember the dunya (the world).”

The scholar of “Salafi” thought, which follows the strictest mashrab (“Drinking-well”) of Ibn Taymiyyah, Sayyid Sabiq, after mentioning the hadith of Muslim quoted above, said: “This hadith indicates that pictures are not unlawful (haram), because if it were unlawful in the final analysis, he would have ordered that it be destroyed, and not contented himself with having it placed somewhere else. He then mentioned that the reason for placing it somewhere else was that it made him remember dunya, the worldly life. This is also the view of at-Tahawi.